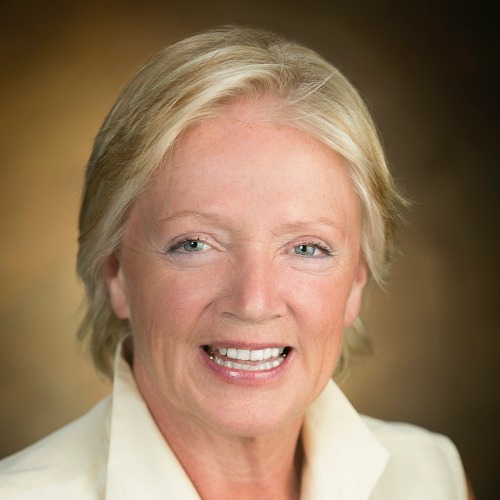 Susan was born and raised in Belfast Ireland, with a MoD degree in Geology from Trinity College Dublin.

Susan is a founding member of Belize Natural Energy (BNE), International Natural Energy (INE), CHx Capital, and Xjet Worldwide. BNE has become a global oil industry beacon that has made a real difference in the Country of Belize. It was through Susan’s gift of exploration, and an understanding of the power of untapped human potential that she was able to find oil where it was believed by all of the Majors in the Oil industry that there was none.   Not only did Susan and her BNE team find oil in Belize, they found it on the first well which is unheard of.  BNE just celebrated ten years of production and over ten-million barrels of oil, and is the #1 revenue generator in the country.

Susan has applied this same Holistic Educo Business Model to her investment in XJet in Denver, a 7-star service private jet company that is continually ranked among the best and most elite in Private Aviation services.  XJet has locations in both Denver and London, and is expanding into the Middle East, including the United Arab Emirates and Morroco.  XJet’s London based FBO is the largest in Europe.

Susan was most recently awarded the “AAPG Presidential Award for Exemplary Service” in recognition of her exceptional service to the geoscience profession and AAPG.   She is continuously recognized for her contributions including just this year the Denver Business Journal’s “Top Women in Energy” and the CoBiz Magazine’s “Top Women Owned Companies.”  These are just a few of the numerous acknowledgments and awards that Susan Morrice has received in recognition of her contributions world-wide.

Feature Article “The Oil Within” in GeoExpro Magazine