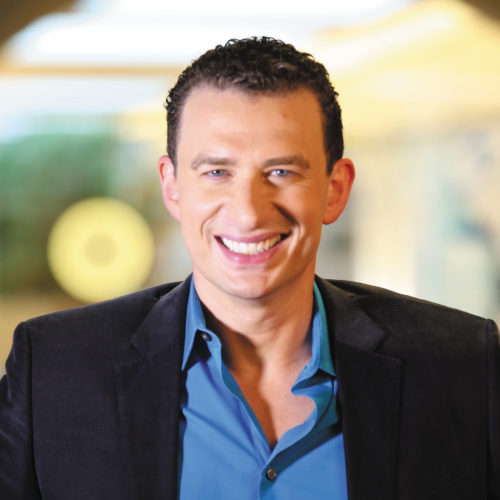 Josh Levs is Chief Energy Storyteller for Pink Petro and a communications leader with 20 years of experience inside top news agencies and working with corporations and organizations. A former NPR and CNN journalist, he is the leading expert in helping brands develop their narratives, attract positive media coverage, and showcase executives as thought leaders. He also runs workshops and consults on internal communication, diversity, psychological safety, unconscious bias, disruption and more.

Levs is also the top global thought leader in creating All In inclusive workplaces by making advancement opportunities and work-life balance available equally to women and men. He explains the crucial role of embracing modern fatherhood as a means of achieving gender equality in business. He helps corporations and organizations get men involved in Diversity & Inclusion efforts like never before. Levs travels to businesses and keynotes summits to offer guidance, sharing facts and wisdom in his widely acclaimed book All In: How Our Work-First Culture Fails Dads, Families, and Businesses–And How We Can Fix It Together.

The U.N. named Levs a Global Gender Champion. The Financial Times named him one of the top 10 male feminists. A NY Times front-page story called him a “pioneer.” Forbes said Levs may be the one to get corporations “To Rethink An Anti-Dad Culture.” He has been covered and interviewed by media across the world, from Asia to Europe, from Africa to South America, and referred to as “#DadWarrior.”

Times columnist Charles M. Blow called All In “fantastic;” the Washington Post’s Brigid Schulte called it a “must read,” and the Chicago Tribune called it “fascinating.”  All In is endorsed by Maria Shriver, Bob Saget, the president of Change.org, a top official at Twitter, and numerous other prominent figures. It is “groundbreaking” and “should be mandatory reading for every CEO, HR, benefits and similar” professional, one CEO said.

Levs lives in Atlanta with his wife and their three children.

All Sessions by Josh Levs